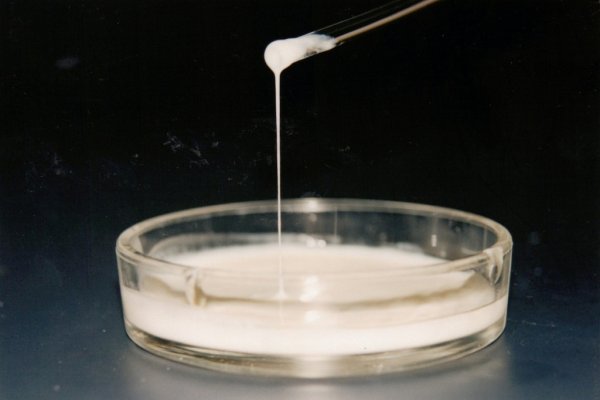 Microbiologists at Oregon State University have discovered and helped patent and commercialise a new type of dairy or food thickener, which may add probiotic characteristics to the products in which it’s used.

The thickener is now in commercial use, and OSU officials say it may have a significant impact in major industries. The global market for polymers such as this approaches $7 billion, and there are estimates the US spends up to $120 billion a year on probiotic products such as yogurt, sour cream and buttermilk.

The new product is produced by a natural bacterium that was isolated in Oregon. It’s the result of decades of research, beginning in the early 1990s when a novel polymer with an ability to rapidly thicken milk was discovered by an OSU microbiologist. The polymer is known as Ropy 352 and produced by a non-disease-causing bacterium.

Janine Trempy, an OSU microbiologist, says, “This is one of many naturally occurring, non-disease-causing bacterial strains my research programme isolated and studied for years. We discovered that this bacterium had a brand-new, never-before reported grouping of genes that code for a unique polymer that naturally thickens milk. In basic research, we’ve also broadened our understanding of how and why non-disease-causing bacteria produce polymers.”

This polymer appears to give fermented foods a smooth, thick, creamy property, and may initially find uses in sour cream, yogurt, kefir, buttermilk, cream cheese and artisan soft cheeses. Composed of natural compounds, it offers a slightly sweet property and may improve the sensory characteristics of low-fat or no-fat foods. And unlike other polymers that are now commonly used as thickeners, it may add probiotic characteristics to foods, with associated health benefits.

Janine Trempy says, “There are actually very few new, non-disease-causing bacterial strains that produce unique polymers with characteristics desirable and safe for food products. In the case of a dairy thickener, for instance, a bacterium such as Ropy 352 ferments the sugar in the milk and produces a substance that changes the milk’s properties.”

These are chemical processes driven by naturally occurring bacteria that do not cause disease in humans but instead may contribute to human health through their probiotic potential. One of the most common polymers, xanthum gum, has been in use since 1969 and is found in a huge range of food products, from canned foods to ice cream, pharmaceuticals and beauty products. Xanthum gum is “generally recognized as safe” by the FDA, but is derived from a bacterium known to be a plant pathogen and suspected of causing digestive distress or being “pyrogenic,” or fever-inducing.

The research programme has determined the new polymer will thicken whole and non-fat milk, lactose-free milk, coconut milk, rice milk, and other products designed for use in either dieting or gaining weight. Beyond that, the polymer may have a wide range of applications such as thickening of pharmaceuticals, nutraceuticals, fruit juices, cosmetics and personal care products.

OSU recently agreed to a non-exclusive license for the patented Ropy 352 technology to a global market leader for dairy starter cultures. It’s also available for further licensing through OSU’s Office of Commercialization and Corporate Development.

Food & Drink International is delighted to support the Future Food-Tech Summit on December 2-3. We'll be joining the virtual summit and hope you will join...
Read more
NPD

Food & Drink International is delighted to support the Future Food-Tech Summit on December 2-3. We'll be joining the virtual summit and hope you will join...
Read more
NPD

The European Parliament has voted to reflect the ‘veggie burger ban’, which would have restricted plant-based products from using terms typically associated with meat...
Read more