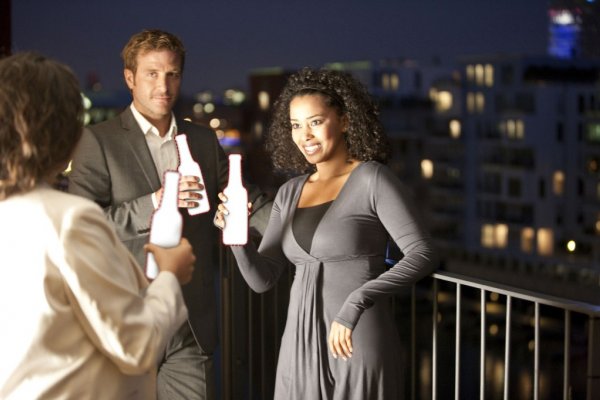 New technology, developed and patented by Doehler, makes it possible to remove virtually all the gluten from traditionally-brewed beer. All that remains in the end product is traces of gluten so low that the beers can be marketed as “gluten-free”. Their taste is indistinguishable from that of conventional beers.

The technology Doehler has developed can be integrated into the classic brewing process without significant modifications and is based on enzyme treatment with the subsequent filtration steps. During the fermentation and maturation process, enzyme treatment is used to connect proteins containing gluten so that the gluten fractions can be removed in the subsequent filtration process. The required enzymes are produced in the conventional way, without the use of genetically-modified microorganisms. The Doehler technology for gluten reduction is unique in the world in terms of its GMO-free status. In alternative enzyme processes for the production of gluten-free beer, gluten is merely broken down into smaller fragments, which remain in the beverage.

For people suffering from coeliac disease, consuming gluten leads to inflammation of the mucous membrane of the small intestine, leading to a considerable impact on health. Around 1% of the population worldwide suffers from coeliac disease. Furthermore, another 6-10% of people are sensitive to gluten and therefore look for gluten-free alternatives. In addition, more and more people who neither suffer from gluten sensitivity nor coeliac disease are opting for gluten-free products. Given these developments, the number of gluten-free products around the world rose by an average of around 20% per year between 2009 and 2014.

Doehler’s patented technology makes it possible to produce gluten-free beer based on 100% barley or wheat malt, without the use of genetically-modified substances. The beers produced using this process display the same taste and quality properties as beers containing gluten.

Any brewery can use the technology described for the enzyme treatment of their own wort under licence. Experts from Doehler provide support in implementing the processes and defining the ideal level of enzyme treatment, and provide assistance for test production and gluten analyses. In addition, Doehler provides all the necessary enzymes.

Alternatively, Doehler offers a portfolio of wort concentrates that are already gluten-free. These concentrated beer worts form the basis of high-quality beers that can either be brewed individually in the brewhouse or readied for fermentation straight away. Doehler thus offers breweries, micro-breweries and home brewers multiple options for brewing top-quality, gluten-free beers.