Macfrut ends with a bang 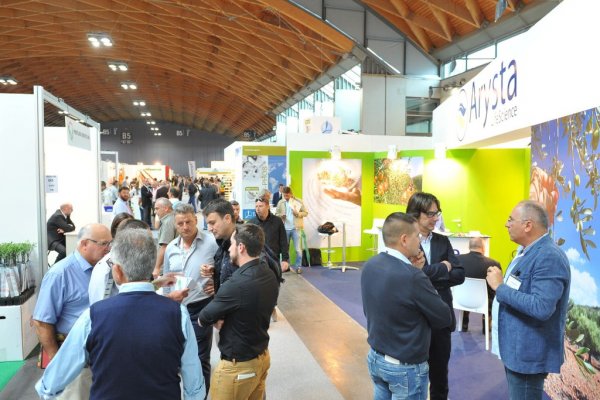 The first edition of the “new phase” of Macfrut, concluded last Friday at the Rimini Expo Centre, ended with a bang. Here are the numbers: 39,000 people attended the trade fair of the Italian fruit and vegetable sector, the highest number the event organised by Cesena Fiera has ever reached in 32 years. In addition to the growing numbers, the change in Macfrut can also be seen in the type of visitors attending. Moreover, one exhibitor out of five was from abroad, thus proving the international appeal of the event, with an increase in the number of exhibitors and in its surface area.

“This outstanding result proves what we can achieve if the supply chain works together,” Renzo Piraccini, President of Cesena Fiera, explains. “This is the beginning of a new phase that will make Macfrut become a world-leading trade fair with international appeal. In May 2016, we will be in Cairo together with Fruit Attraction to host the first edition of Mac Fruit Attraction.” Lorenzo Cagnoni, President of Rimini Fiera, also expressed his satisfaction with the dual result at the Rimini Expo Centre.

Ecuador, Iran, Poland, Mexico and the Dominican Republic: Macfrut was a huge success among foreign delegations.

“Foreign traders,” says the President, “are the added value of our exhibition.” One of the most satisfied delegations was Pro Ecuador, which attended the trade fair with 13 leading companies in the banana sector. A positive outcome was also seen by the Iranian delegation, which was in the spotlight during a meeting dedicated to Italian entrepreneurs.

The Dominican Republic, instead, was the guest of honour of the 32nd edition of Macfrut, with a very popular exhibition area. The varied Central American delegation consisted of 50 people including traders and visitors. This delegation had already attended Macfrut previously, so its development was much appreciated.

Poland also had a large exhibition space and hosted several meetings. On Thursday afternoon, during a conference, it emerged that Italy ranks only seventh in Poland’s agri-food exports, amounting to 4 per cent of the total. Germany is the first supplier (26 per cent), followed by the Netherlands (11 per cent), Sweden, Belgium, Spain, and Denmark (4 per cent). “There is scope for more close-knit trade relations,” said Monika Wicinska, secretary of the Polish promotion and foreign trade office. “Poland imports large amounts of fruit and vegetables, as well as flour products and cereal crops.”