RedBlack and toolbox team up after creating CyBake/dispotool software interface 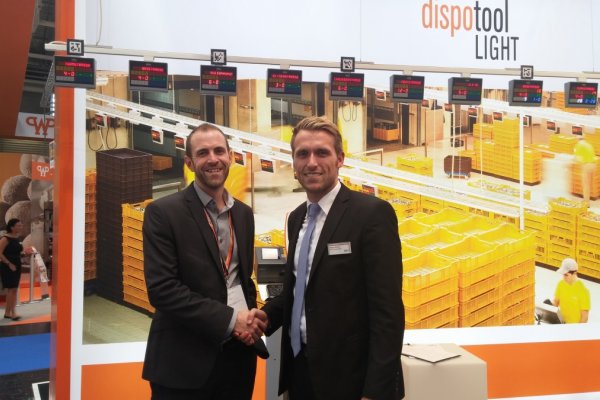 RedBlack is the creator of the CyBake bakery management software solution used by wholesale and retail bakeries across the UK and Ireland. Toolbox, which is headquartered in Eschweiler, Aachen, provides the dispotool automated order-picking, distribution and warehouse control system to bakeries around the world.

The two companies formed their relationship after creating an interface between their solutions for major Scottish baker Bayne’s, which is headquartered in Lochore, Fife, and operates 50 shops.

The new interface means that when orders are entered into CyBake, they are passed on automatically to dispotool. Distpotool then calculates where products will come from, where they need to be delivered and whether to prioritise certain customers in the event of limited stock.

Distpotool fulfils customer orders and then CyBake automatically issues an invoice from this data. Little oversight is needed at head-office while data re-entry and human error are eliminated. Costs are reduced, the quality of order fulfilment is improved and space in the warehouse/dispatch area is used more efficiently.

Having completed a successful trial at Bayne’s, RedBlack and toolbox are now offering the CyBake/dispotool interface to all British and Irish bakers that use both systems.

Mr Wolters says: “After developing the interface at our first joint customer, Bayne’s, and the excellent collaboration between CyBake and toolbox, this was a logical step for us. As the world market-leader in picking systems and with CyBake as the UK market-leader in bakery ERP, it makes sense to solidify our partnership and to work together in the future.”

As part of their new partnership, CyBake specialists including RedBlack Software director Martin Coyle joined the toolbox team on their stand at the recent IBA in Munich.

RedBlack director Martin Coyle, pictured left, adds: “Toolbox has a fantastic system that encapsulates all of the quality and efficiency you might expect from German designers. I am really looking forward to supporting toolbox as they introduce their system to craft bakers in the UK.”