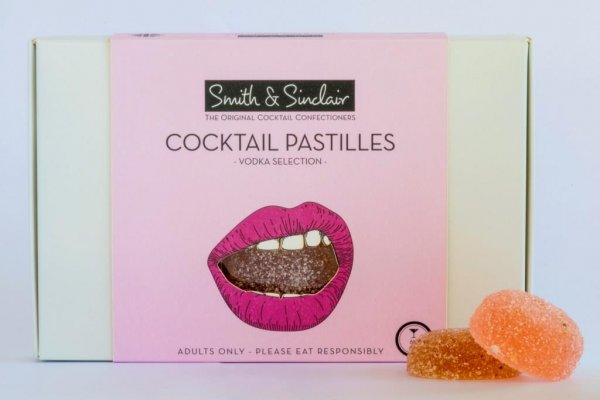 Smith & Sinclair have unveiled a new collection of vodka pastilles to join its revolutionary range of alcoholic cocktail confectionary.

Since its rambunctious debut last year as the first food product to be sold on the alcohol shelf, Smith & Sinclair now retails nationwide. In fact, the pastilles have proved to be so popular that the brand how now launched a crowdfunding campaign to provide the word with its very first edible alcohol shop. Think a grown up Willy Wonka.

As with its rum, gin and whiskey collections, the new pastille range are made by hand using high quality spirits, fresh fruit and real spices for a unique experience of taste and texture. Each cocktail recipe is deconstructed and reconfigured through a complex and patented cooking process that ensures that minimal alcohol is burned off and flavours remain unencumbered.

Speaking about the new collection, co-founder and product creator Emile Bernard says: “We’ve taken two well known vodka cocktail classics and put a very British spin on them for our new vodka range. We’ve seen a resurgence of ginger in cocktails and the Moscow Mule is becoming a firm favourite amongst vodka drinkers.

“To give it a twist we decided to pair the flavours of lime and ginger with the cutting, clean qualities of rhubarb and the Rhuby Mule was born. Our second cocktail is Long Island Iced Tea, which has been given a high tea makeover with black tea bitters and coated in raspberry infused sugar, reminiscent of afternoon tea and jam. As you can probably tell . . . we’re after the royal stamp of approval here.”