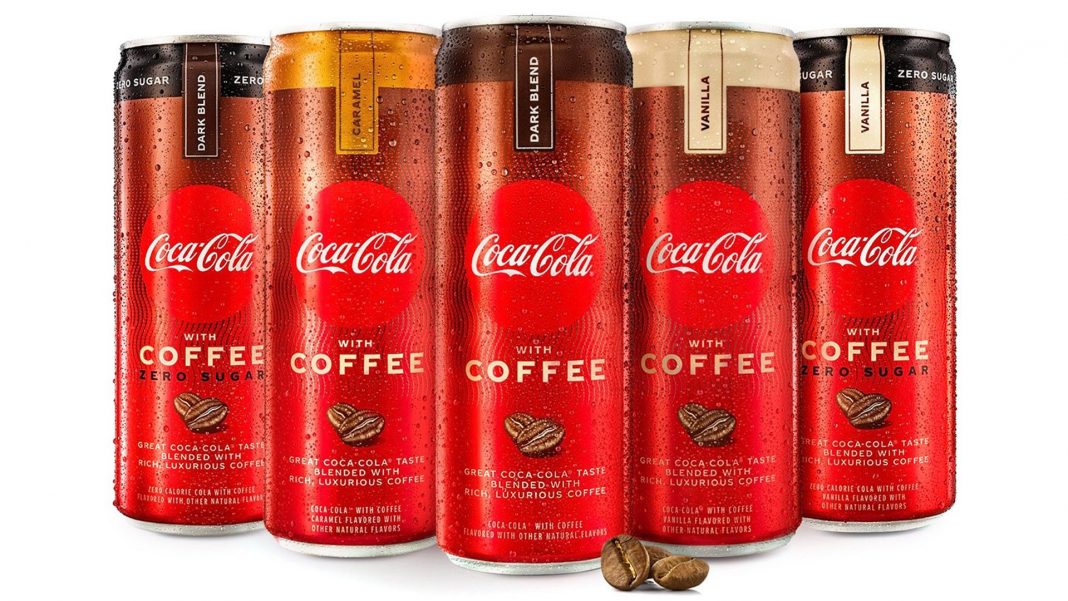 Coca-Cola has launched a new a new Coca-Cola beverage infused with Brazilian coffee that it says “sips like a Coke and finishes like a coffee”.

Coca-Cola with Coffee is available nationwide in three flavours – Dark Blend, Vanilla and Caramel – and its zero-sugar counterpart comes in Dark Blend and Vanilla. All varieties are shelf-stable and contain 69 mg of caffeine per 12-oz. can.

“We’re focusing our innovation efforts on doing what Coca-Cola has always stood for and does best – which is to deliver emotional and functional uplift – in bigger, bolder, more differentiated ways,” said Brandan Strickland, Brand Director, Coca-Cola Trademark.

“Coca-Cola with Coffee is a true hybrid innovation that provides the perfect solution for that mid-afternoon pick-me-up we all want, especially in today’s work-from-home environment. We’re fulfilling this need state and occasion in a uniquely Coca-Cola way.”

Coca-Cola with Coffee is the latest creative extension of the Coca-Cola Trademark in the United States, following the rollouts of Coke Energy/Coke Energy Cherry, Cherry Vanilla Coke, Orange Vanilla Coke (and their zero-sugar counterparts).

The innovation also is the latest output of the company’s “lift and shift” strategy to scale successful beverage innovations from market to market via an experimental, test-and-learn approach.

The U.S. is the 50th market to launch Coca-Cola with Coffee, which was first piloted in Japan in 2018. Each country tailors the Coca-Cola With Coffee recipe and packaging mix to meet local tastes.

The launch will be supported by a fully integrated marketing campaign, including digital/social, outdoor, radio and TV advertising. A mix of digital and traditional sampling will drive trial.