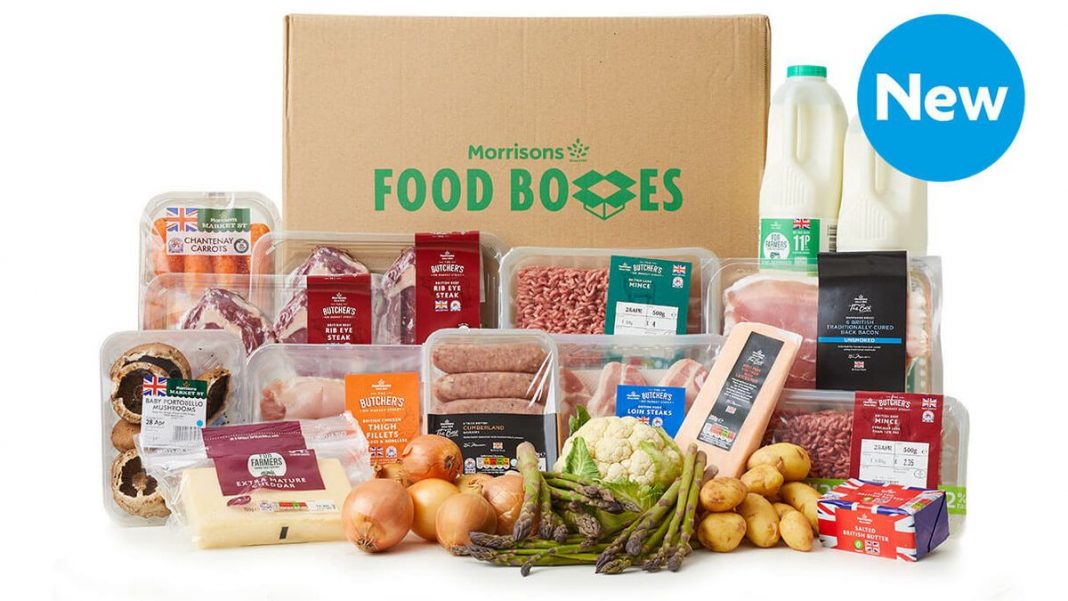 Created to support vulnerable and self-isolating customers – and those limiting trips outside of the home, the British Farmers Food Box will also support UK farmers who have been struggling since the outbreak of COVID-19.

Many farmers have been unable to sell produce that might have been destined for the restaurant trade. So, one pound from every British Farmers Food Box will be donated to The Prince’s Countryside Fund which is coordinating donations on behalf of Farming Help charities.

Additionally, the box will contain milk and cheese from the Morrisons For Farmers range which return more money directly into the pockets of farmers.

“Being the biggest customer of British Farming, we want to help farmers while also playing our full part in feeding the nation,” said David Potts, Chief Executive of Morrisons.

“Our farmers produce some of the world’s finest meats, vegetables and cheeses which we want to offer to our customers.”

Claire Saunders, Director of The Prince’s Countryside Fund said: “This contribution will allow us to support farming groups across the UK – including the five Farming Help charities.

“It will also ensure that British farmers have the support they need through this difficult time to keep producing healthy, nutritious food for our tables.”

Troy Foods, a producer of vegetable, salad and mayonnaise, has expanded its operations with the completion of a fourth site. Supported by a £500,000 investment...
Read more
Packaging

Consumers expect their food to be healthy and safe. Increasingly they prioritise foods made using future-friendly manufacturing methods and with fewer additives. But how...
Read more
Retail & Food Service

Troy Foods, a producer of vegetable, salad and mayonnaise, has expanded its operations with the completion of a fourth site. Supported by a £500,000 investment...
Read more
Packaging