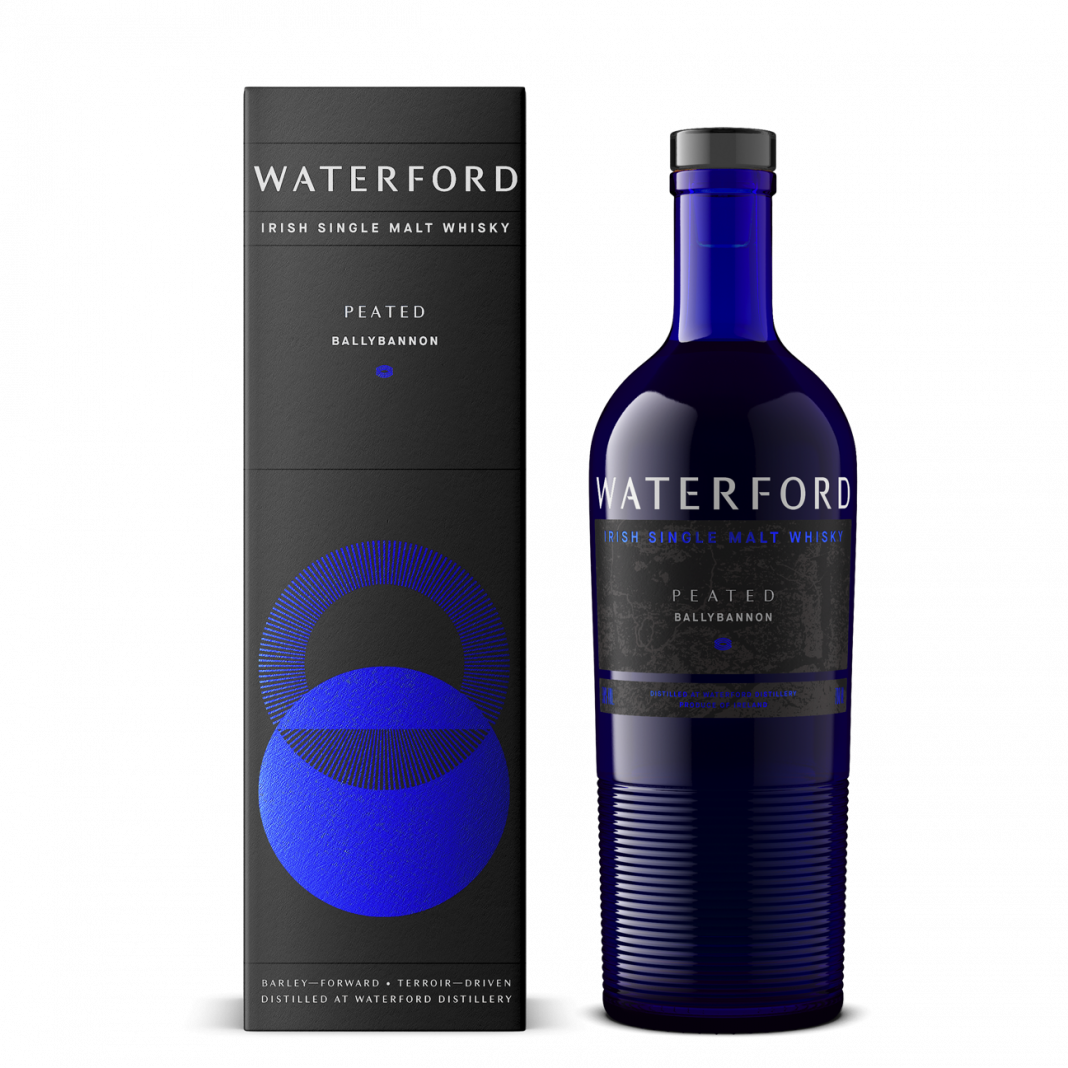 The new single malt whiskies use both Irish peat and Irish-grown barley – the first distillery in generations to do so – as part of Waterford’s quest to unearth whisky’s most natural flavours and commitment to Irish-only ingredients.

Both bottlings are the latest addition to Waterford’s Arcadian Farm Origins, which represent real rarity in whisky due to the scarcity of the raw materials. This range – which include Ireland’s only Organic whisky and the world’s first Biodynamic whisky – reimagines the old ways of production in the pursuit of flavour intensity over yield imperatives.

The arrival of the new Irish peat bottlings, spearheaded by CEO Mark Reynier, has been in development since 2017, though kept a secret until this year. The approach included selecting two Single Farm Origin barleys – from distinctive terroirs – to see if the flavour profiles could stand up to the smokiness of peat.

In true Waterford Whisky style, the approach needed a radical approach to ensure its Irish provenance. Irish peat has been redundant in whisky production since the turn of the 20th century, which meant all knowledge of how to use Irish peat had passed out of memory. Therefore the project involved ambitious collaborators, as well as trial and error in sourcing the appropriate peat sources with the moisture levels appropriate for whisky production.

Waterford Distillery sourced small amounts of peat cut from County Kildare, and worked alongside their established malting partner, Minch Malt. Because there was no infrastructure in Ireland capable of peating barley, Waterford Distillery needed to ship small amounts of Irish peat and Irish barley to Scotland, iconic home to peated malt whisky, for the kilning process to take place – before being shipped back to Waterford for distillation.

Providing drinkers with full product transparency and traceability is Waterford Whisky’s trademark. Through TEIREOIR CODE technology, available on each and every bottle, drinkers can follow how the barley was harvested, stored, malted, and distilled – guaranteeing the integrity of each Single Farm Origin.

Neil Conway, head brewer of Waterford Distillery, explains: “Peat was a core part of Ireland’s heritage, whether that be commercially, for heating homes in rural countryside, or for the production of whisky. It was the ancient fuel source.

“At Waterford Distillery, since we place barley – the source of whisky’s natural flavour – at the centre of our universe, we are gathering the widest array of pure and natural flavour components. It felt only natural to nod to our cultural heritage, preserve old ways, and explore the peating process with modern varieties.

“Malt whisky is already one of the most complex spirits in the world because it is made from barley – the best in the world coming from Ireland. So combining this with ancient peated methods that are no longer widely available in Ireland, added intriguing new layers of flavour complexity. Cultivating Irish peat and learning how the impact of moisture levels can determine the whiskies smokiness is just another step to quest to unearth whisky’s most natural flavours.

“Of course it made little financial sense, but we did it for taste – and taste alone. Once we’d tried it, it was just too good to ignore and we thought that people really need to try this.”

While the Peated: Ballybanon has a stronger, smokier flavour and with an intense finish, the Peated Fenniscourt is a more subtle smokiness, with a softer finish.

PEATED: FENNISCOURT Matured in a combination of 37% first-fill US oak; 19% virgin US oak; 20% Premium French oak; and 24% Vin Doux Naturel.