A lactic acid bacteria from Danish plants can be used to make entirely vegan ‘yogurt’ with just three ingredients, researchers have discovered.

Traditional yoghurt is made with cow’s milk and a starter culture that consists of different lactic acid bacteria. At the appropriate temperature, the starter culture begins to break down the sugar in the milk, thereby fermenting the milk and turning it into the thickened, soured product.

An increasing global demand for plant-based alternatives to traditional milk products has led researchers at the National Food Institute, Technical University of Denmark (DTU), to create a plant-based ‘yogurt’ with as few ingredients as possible.

There are already commercially available plant-based ‘yogurt’ products on the market, which are made with existing starter cultures that were developed for use in milk-based products. In order for the bacteria to grow enough to turn the plant-based products sour and give them a nice aroma, producers have to add sugar.

In addition to the added sugar, the producers use other ingredients to give their products the desired consistency and taste, which results in a longer list of ingredients. The vegan ‘yogurt’ is made with just three ingredients: Soy beverage, spent grain and a plant-based starter culture.

The researchers had a working hypothesis that using bacteria from the plant kingdom would be most efficient when fermenting a vegetable product such as a soy beverage given that these bacteria are optimised to break down sugar in plant material.

Researchers and students searched through fields and forests in large parts of Denmark in order to collect samples of different plant materials. They then examined the samples in the laboratory to see if they contained lactic acid bacteria with the properties that make the bacteria suitable as a starter culture in a plant-based ‘yogurt’.

Through the research-based teaching, the researchers at the National Food Institute have managed to isolate bacterial strains that can acidify  a soy beverage and create a texture that is reminiscent of a traditional yogurt.

The researchers have managed to incorporate spent grain – a side stream from the production of beer – in the production of the ’yogurt’. This third ingredient make the resulting product more sustainable and increases its fibre content.

Depending on how much spent grain is used in the production of the ‘yogurt’, it can also give the final product an aroma, which can help conceal any unwanted flavours from the soy.

The researchers are continuing the work on optimising the consistency and taste of the product with the expectation that a commercial partner will be able to bring it to market. 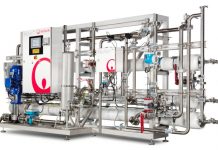 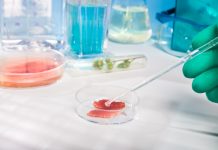 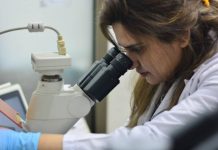