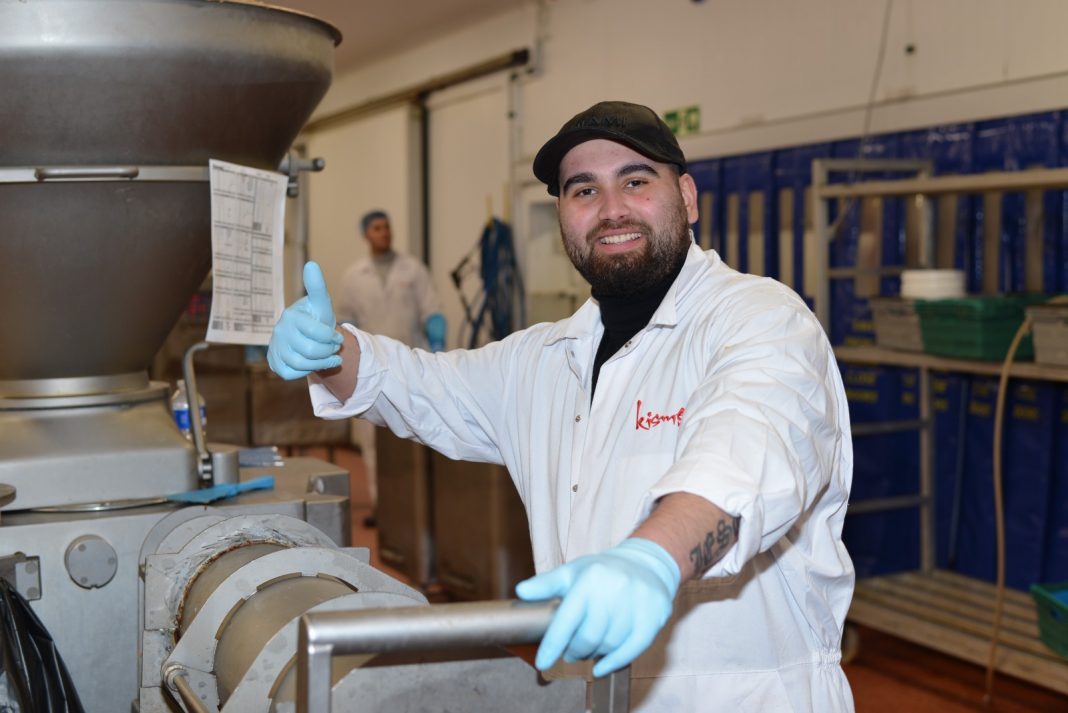 Kismet Kebabs Ltd was driven to innovate and remove milk from their doner kebabs and chicken shawarma after becoming aware that a large number of customers with this food intolerance weren’t being well served by the industry.

It was one of a host of innovative projects undertaken by the Essex-based company that qualified it for £372,422 in R&D tax relief — the government tax incentive that rewards innovation.

Milk has traditionally been used in the making of kebabs as a binding, flavouring and texturising agent, as well as a colourant. There was no product available that substituted lactose so Kismet’s food technologists set about developing new recipes that would open up new markets for itself and its customers. They first had to contact every supplier of every ingredient they used to find out whether they contained lactose, and then begin to experiment with alternatives which too often produced a product that lacked flavour and texture.

Other early issues encountered by production & NPD manager, Eduarto Latiffi and his team included new recipes sticking to parts of the machinery, becoming too dry or disintegrating.

It wasn’t just ingredients and recipes that needed changing. Knock-on effects included adapting the machinery and software used in the production process. This equipment operated at such huge scale that it was largely automated.

Final trials involving a particular type of soya that could compensate for the lack of milk eventually proved successful.

The 30-year-old business produces more than 200 tonnes of kebab meat a week from its large, purpose-built factory in Latchingdon, near Chelmsford.

Another R&D project involved altering recipes so use of phosphates could be avoided and adjusting the temperature of ingredients to reduce wear on mincing machines.

Phosphates are widely used in the food industry as a binding agent but early experiments to remove them were disastrous. The kebabs leaked oil, fell apart and dried out. The team experimented with alternatives such as soya, citrus fibre and potato starch before alighting on a recipe that had favourable characteristics. However, doners of over 10kg kept collapsing on the spit and the flavour required improvement. This remains an ongoing project as the team attempts to solve these challenges.

Further innovation was required to prevent the mincing blades in its industrial mixers from wearing out too quickly. The meat was being ground while frozen to around -18°C, meaning it was frozen solid and particularly hard for the 2mm blades to process. Kismet researched and adapted a process known as ‘tempering’, which involves thawing the meat to just below freezing (around -5°C) so it is easier to work but still satisfies food safety requirements. This also solved the problem of fats separating from proteins during the cold mixing process. The final mixture, having been combined with spices and other ingredients, is pressed and blast frozen ready for shipping. The R&D was successful, and tempering is now a fully integrated stage in its production cycle.

R&D tax relief was introduced by the government in 2000 to incentivise innovation, and results in either a reduction in a limited company’s corporation tax bill or a cash lump sum.  Many firms don’t realise the work they do qualifies as R&D, which is defined as any work that seeks to resolve a scientific or technological uncertainty, whether that’s a new process, product or service. Crucially, R&D work does not need to have been successful to qualify, and claims can be made up to two years beyond the end of the tax year in which the work took place.

Amird Devadasan, CEO of Kismet Kebabs Ltd, said: “We missed out on significant sums in the past because we just had no idea R&D tax relief existed. Second to that, we didn’t really understand quite how much R&D we were implementing. Receiving this kind of government recognition and support is transforming the company because the sums involved are so significant.

“All of it is returned to develop the business further. Product innovation is no longer something we do occasionally when customers show interest in products we don’t have. In a world where every other person has a dietary need of some kind, we’re trying to predict how the industry will have to adapt in the future and get ahead of these changes to maintain our competitive advantage. Currently we have commissioned the first like-for-like protein based vegan doner kebab, which is our next venture on claiming R&D funds.”

Sarah Hinchley, key account manager at innovation funding specialist Catax, said: “Amird and his team have taken this British Friday night favourite and hauled it into the 21st Century, where food intolerances create endless challenges for manufacturers. Kismet’s innovations are helping to make the company an international success story, exporting to Spain, Cyprus, Scandinavia and around the world.

“This wouldn’t be possible were they not producing the kinds of recipes that are capable of opening up new markets and satisfying changing consumer trends. They weren’t sure they’d qualify for R&D tax relief and were shocked to learn how much qualifying work they were actually doing, and that’s something we encounter all the time.”