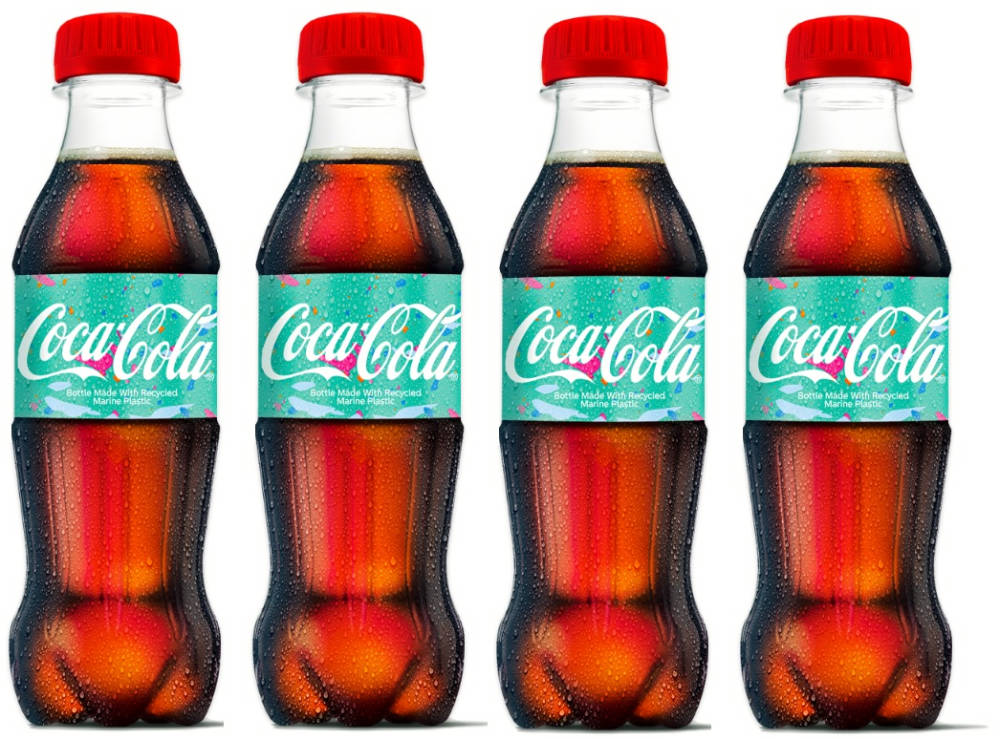 The Coca-Cola Company has unveiled a drinks bottle made from recovered and recycled marine plastics.

The company says it is the “first ever plastic bottle made using marine litter that has been successfully recycled and reused in food and drink packaging”.

About 300 sample bottles have been produced using 25% recycled marine plastic, retrieved from the Mediterranean Sea and beaches.

The bottle has been developed to show the transformational potential of revolutionary ‘enhanced recycling’ technologies, which can recycle previously used plastics of any quality back to the high-quality needed for food or drinks packaging.

Enhanced recycling technologies use innovative processes that break down the components of plastic and strip out impurities in lower-grade recyclables so they can be rebuilt as good as new.

This means that lower-grade plastics that were often destined for incineration or landfill can now be given a new life.

It also means more materials are available to make recycled content, reducing the amount of virgin PET needed from fossil fuels, and resulting in a lower carbon footprint.

The sample bottle is the result of a partnership between Ioniqa Technologies, Indorama Ventures, Mares Circulares (Circular Seas) and The Coca-Cola Company.

Although enhanced recycling is still in its infancy, the partners produced the sample marine plastic bottle as a proof of concept for what the technology may achieve in time.

In the immediate term, enhanced recycling will be introduced at commercial scale using waste streams from existing recyclers, including previously unrecyclable plastics and lower-quality recyclables.

From 2020, Coca-Cola plans to roll out this enhanced recycled content in some of its bottles.