An extrusion line has been put into operation at SIG Combibloc’s Brazilian packaging plant, which laminates unprocessed cardboard for the company’s carton packs on-site. This major milestone completes the modular investment and building project in Campo Largo, near the city of Curitiba in Brazil’s Paraná state. The first rolls of packaging material are already rolling off the belt fully laminated.

The starting signal for this ambitious building project in Brazil was given in 2010, when SIG Combibloc began construction of its first packaging plant in South America. In mid-2011, the packaging plant was put into operation. With the production line installed, the pre-laminated packaging material used to make the carton packs was printed, cut to size, stamped and sealed. In the second stage of construction, an extrusion line has now been added, which from now on will laminate the unprocessed cardboard with polymers and aluminium on-site in Brazil. The inner polymer layers of an aseptic carton pack form a liquid barrier for the products that will later be filled in it, the outer layer keeps moisture out. The razor-thin aluminium layer protects the food and beverages packaged in the carton packs from light, oxygen and external odours.

Ricardo Rodriguez, Director and General Manager South America at SIG Combibloc, says, “With this fresh major investment of around €40 million for the installation of the extrusion line, SIG Combibloc has laid the groundwork to be optimally prepared to meet the ever-increasing demand for aseptic carton packs. We can now produce the packaging material needed for our carton packs in South America, on-site in Brazil. The extrusion line will laminate around 250 million metres of packaging material each year.”

Brazil is currently South America’s biggest market for long-life beverages and foods in aseptic carton packs and worldwide too, Brazil’s demand for carton packs puts it in second place, right behind China. According to estimates by the Canadean research institute, sales of aseptic carton packs totalled more than 14 billion units in Brazil in 2013. Forecasts suggest this will climb to 21 billion carton packs by 2019 – equivalent to a further increase of around 7% per annum.

Ricardo Rodriguez says, “We’ve captured this market by offering our customers a real alternative, unique added benefits and a tailor-made service. We managed to end the 2013 financial year with growth of 40% compared to the previous year – that’s an excellent result. We’ve been able to win new customers and to further consolidate our contacts with existing customers – on both a regional and a national level, and the prospects for 2014 are looking good as well.” 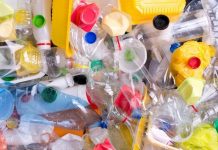 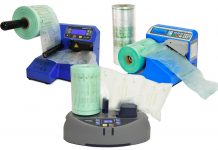 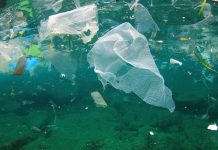