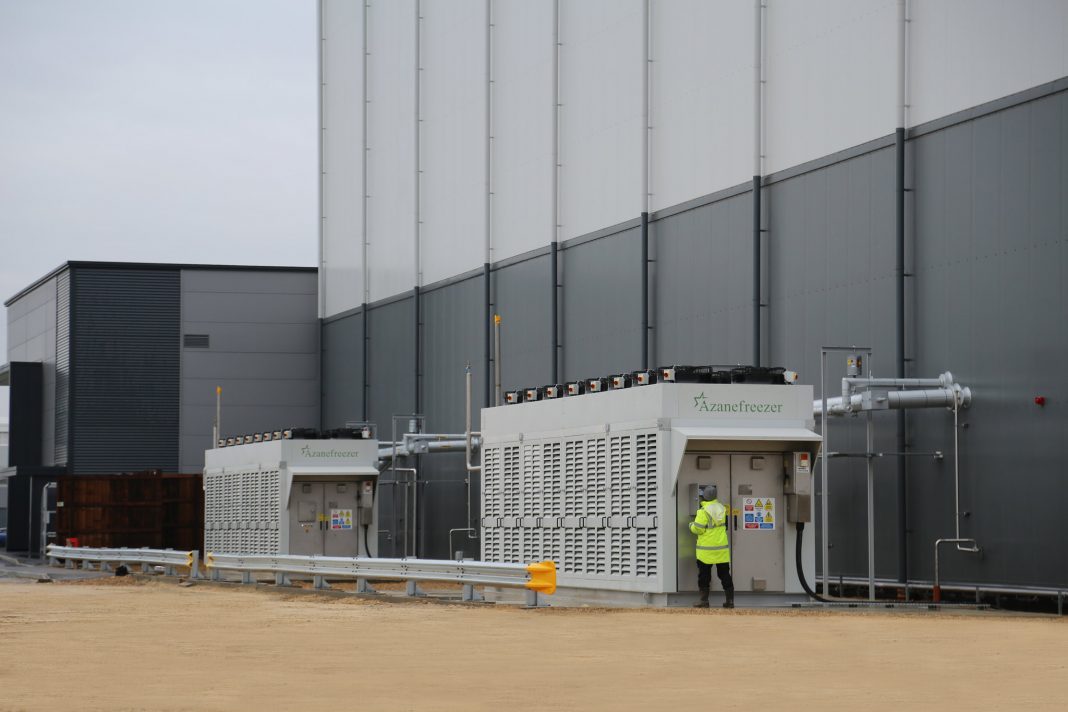 Star Refrigeration’s new generation of industrial pre-packaged low charge ammonia freezers have been improved with the aim of setting a new benchmark in annual operating efficiency. Designed for food processing and temperature controlled storage applications, the ultra-efficient Azanefreezer 2.0 technology is charged with as little as 0.52 kg/kW of natural refrigerant ammonia and is expected to make businesses greener.

A European study from the International Institute of Refrigeration showed average European energy consumption figures for chilled and frozen storage facilities across Europe were about 50% higher than the figure declared to be “Best Practice” by the UK Government. However, recent energy performance data analysis for Azanefreezer 2.0 indicates its annual energy usage is one-third of that of UK’s ‘Best Practice’ guidelines.

“As a pre-packaged low charge ammonia freezer, the Azanefreezer 2.0 is completely unique in the industry.”

The low charge ammonia design of the Azanefreezer 2.0 reduces refrigerant charge by up to 96% compared to traditional ammonia systems and avoids the need for complex valve stations within the cold storage or food production facility. This removes the requirement for leak detection and ventilation, minimising health and safety concerns.

Ammonia has no harmful global warming effect and delivers efficient operation across a wide range of operating conditions, helping end users to reduce their carbon footprint and energy costs. With UK government emission conversion factors of 283 grams of carbon dioxide equivalent per kilowatt-hour, data from a recent Azanefreezer 2.0 installation indicates the cold storage operator is set to cut carbon emissions by 453 tonnes of CO2 per year compared to the UK’s ‘Best Practice’ guidelines. This saving rises to 815 tonnes of CO2 per year when compared to the typical cooling demand of similar operational cold stores across Europe.

Star Refrigeration’s emphasis at the design and manufacturing stages ensures lowest life cycle costs from the outset. However, this is not compromised by the initial capital investment – the simplicity of the pre-packaged unit provides a competitive solution, with recent experience suggesting a cost saving of at least 10% when compared to installing a traditional ammonia pumped recirculation systems. In addition, air cooled condensers avoid the need for water and chemical treatment which results in a further operating cost saving, since the costs associated with water usage, effluent and water treatment chemicals are eliminated. The Azanefreezer 2.0 design also incorporates all components that require maintenance inside the package enclosure, simplifying aftercare activities.

The Azanefreezer 2.0 is available in an impressive range of capacities up to 650kW and delivers temperatures down to -40°C. For larger capacity installations, multiple units can be used for cold storage and blast and spiral freezing applications, offering end-users a turnkey solution. The packaged freezer units boast a portable design which allows customers to easily relocate it should they need to expand their site or move premises, thereby reducing future costs.

The Azanefreezer 2.0 is manufactured and pre-commissioned at Star Refrigeration’s production facilities in the UK. When delivered to site, installation and commissioning time is reduced significantly due to the unit’s plug and play design.

The Azanefreezer 2.0 is also available for the North and South America market where it is manufactured and sold through Star Refrigeration’s low charge ammonia business, Azane Inc and joint venture CAz.