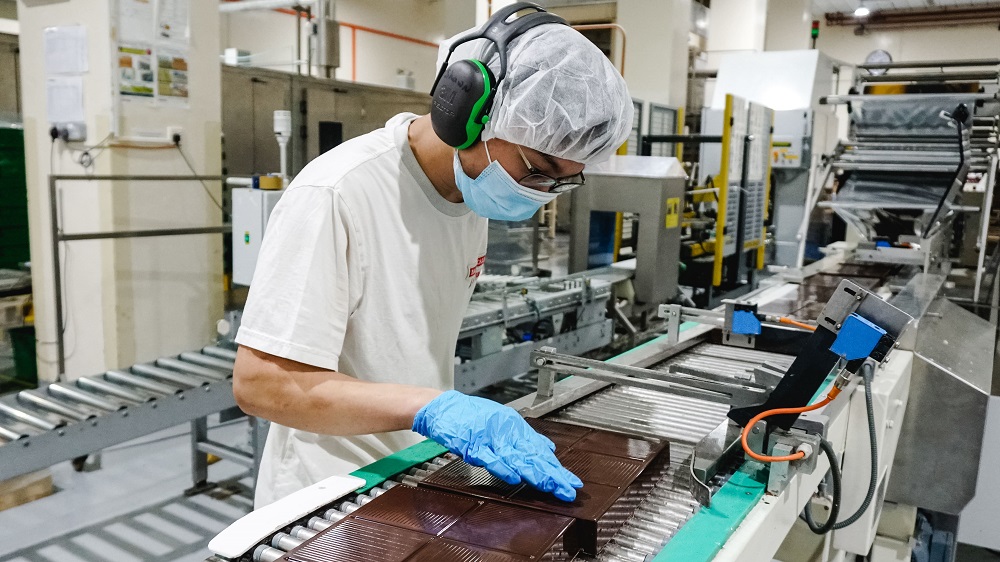 Chocolate manufacturer, Barry Callebaut, has expanded its production capacity in Singapore with the addition of a fourth line.

The facility in Senoko was already the largest industrial chocolate factory in Singapore. However, growth of the food industry in Southeast Asia and growing consumer demand has led to the expansion.

“We are very encouraged by the steady growth of Singapore’s food industry which would not have been possible without the country’s strong reputation in food safety and quality,” said Ben De Schryver, President of Barry Callebaut Asia Pacific.

“For us, this expansion in Singapore is also about paving the way for our business to be more efficient overall and bringing more innovations to the markets.”

The new production line boasts state-of-the-art equipment that has the ability to produce chocolate blocks of different volumes, all at a high-efficiency rate.

Adding to its high performance, the fourth line also boasts higher quality and safety standards, both of which are crucial aspects of food production.

After the opening of this chocolate factory in 1997, the Barry Callebaut Group has made multiple significant investments in the country.

This includes the acquisition of Singapore-listed Delfi Cocoa in 2013, and making major investments in another new line and a warehouse in Fiscal Year 2015/16. The regional headquarters of Barry Callebaut and a Chocolate Academy Centre are also located in Singapore.