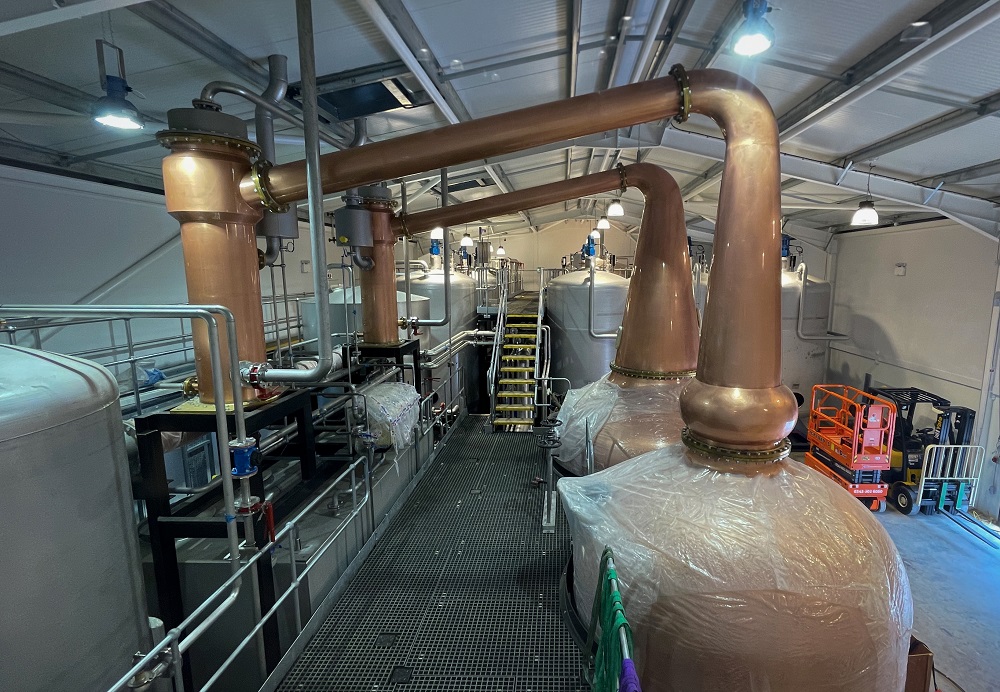 Cotswolds Distillery has unveiled plans to ramp up its production of English whisky and gin with the support of funding from Santander UK.

The Shipston-on-Stour-headquartered company is on track to increase its annual alcohol production from 125,000 litres currently, to reach a capacity of 500,000 litres, having built a new distillery at its Cotswolds site which will be commissioned in autumn.

Santander UK has provided Cotswolds Distillery with a £3m funding package to support business liquidity, enabling it to lay down additional stock to meet future demand, improve production efficiencies, and bolster its status as an English whisky producer.

Cotswolds Distillery was established in 2014 by founder Daniel Szor and its inaugural Signature Single Malt was released in 2017. Cotswolds Distillery has also developed a range of award winning super premium gins and liqueurs to supplement its product range. In the UK, its Cotswolds range is sold in leading supermarkets, bars, luxury hotels, restaurants and direct to consumers through its visitor centre, three stores and online business.

With UK sales well established, Santander UK is supporting the business with its export growth strategy, building on existing sales in the US, France, Germany, China and Australia, as it works toward doubling its overseas sales over the next few years. Cotswolds Distillery is targeting annual sales growth of 15%, with plans to achieve £25m turnover by 2030 as it grows its business, particularly in export markets. It currently employs 65 people and plans to hire new staff over the next few years in line with growth.

Daniel Szor, founder and executive chairman at Cotswolds Distillery, said: “I am delighted that we have had the support of Santander UK in enabling us to maximise our sales potential, allowing us to meet growing demand from the single malt consumer in this luxury category that is forecasting strong growth globally.”

Chris Evans, relationship director at Santander UK, said: “Cotswolds Distillery has established itself as a leading brand in the English whisky and gin market and we are thrilled to support it with this funding package. Santander UK has a dedicated specialised whisky sector team as well as expertise and resources to help UK businesses in the sector expand internationally.”