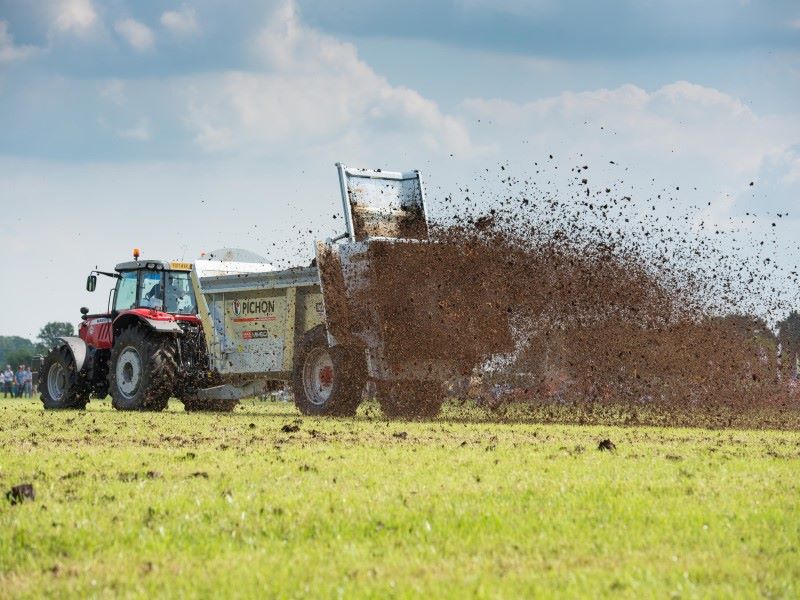 A new survey has revealed that farmers are taking an increasingly measured approach to their grassland and manure management, helping to cut costs and improve efficiencies.

The survey carried out by the organisers of the Grassland & Muck Event – the third such survey since 2011 – has revealed that more farmers are analysing inputs and outputs, enabling them to better target management decisions.

“It’s wonderful to have been able to gather this information over several years, giving a really strong snapshot of the direction in which the industry is moving,” says event organiser Alice Bell.

“Although we sadly had to cancel this year’s event due to the Covid-19 outbreak, we thought it was important to publish the results of the survey so that farmers and their advisers can identify trends and opportunities for greater efficiencies.”

“If you’re applying fertiliser or manure, soil testing and liming to optimum soil pH helps you use these materials more efficiently.”

“Over a third dig soil pits to analyse soil structure – compared to a quarter in 2017. “Following the wet winter, many soils may be compacted or poached, so where you think there may be a problem, it’s important to check the sward and dig a hole to identify what action – if any – is required.”

Farmers are applying lime more regularly, too, with 56% applying it every five years or less compared to 49% in the last survey.

“When you look at individual responses, there is good understanding driving these decisions,” says Yara agronomist Philip Cosgrave. “Farmers are aware of the acidifying effect that this year’s high rainfall will have on pH, and are basing applications on soil tests.”

There has been a continued shift to more accurate testing of manure nutrient content: 18% used laboratory analysis against 14% in 2017 and just 9% in 2011. “That is good to see – there is huge variation in organic manures,” says Mr Cosgrave.

As a result of this more technical approach, farmers have further reduced fertiliser use; 32% used less nitrogen fertiliser in 2020. Just over a quarter reduced phosphate use and 22% cut potash applications.

In contrast, 40% of respondents increased sulphur use, which is not a surprise, says Mr Cosgrave. “Farmers are much more aware of sulphur requirements – it’s up there with NP&K now.”

When it comes to grass management, 54% measure their grass – mostly using a plate meter – up from just 30% in 2017. Reseeding levels have remained fairly steady over the past three years, with 79% reseeding leys every one to six years – and most reseeding is influenced by poor yield and weeds.

“I’m not surprised by that – forage is the cheapest source of animal feed and farmers are trying to maximise it,” says Mr Cosgrave.

“It is clear to see that farmers are focusing on producing better quality silage and grazing to produce more milk or meat from grass,” he adds.

“If you measure nutrients and how much grass you’re growing you can start making changes and see whether you’re making progress. It all feeds back to better environmental impacts and lower costs of production.”

Food and drink exports fell by more than £700 million for Q1 2020 compared with the same period last year as the coronavirus pandemic...
Read more