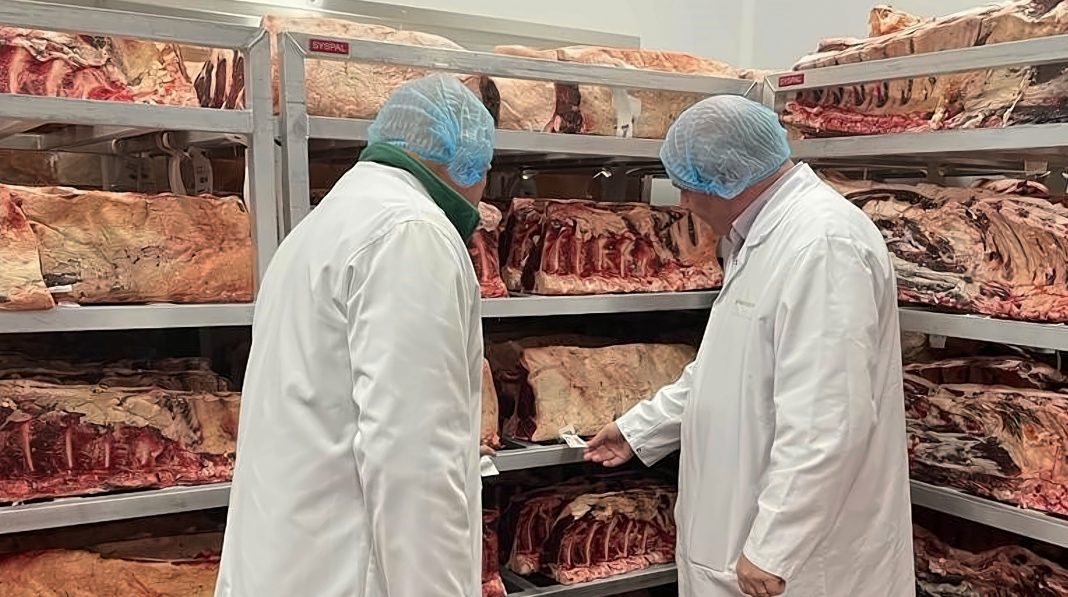 “When we designed this depot, our focus was to have a state-of-the-art maturation facility with a Himalayan salt wall. This would enable us to create the best possible premium dry-aged beef,” says Rob Shears, head of sales at Fairfax London.

Following advice, Munters were recommended as “the company everyone talks about when it comes to humidity control,” and Fairfax Meadow already used Munters equipment at other sites.

Munters recommended an MLT800 desiccant dehumidifier to dry age the beef in what became the first of three maturation rooms. “Each customer has their own, unique set of requirements to create their perfect climate, and here we suggested somewhere between 0-2°C, and between 50-80% relative humidity,” says Glen Wilson, senior sales engineer for Munters.

Less than six months later, demand for the dry-age beef had doubled and the maturation room was filling up. This substantial growth was attributed to the superior quality of the meat, and the precise conditions in which it is aged – thanks to the Munters desiccant dehumidifier.

After acquiring a key client in premium casual dining, Fairfax London ordered another MLT800 desiccant dehumidifier for their second maturation room which, like the first room, quickly filled up.

“There’s no point in having two rooms at full capacity,” says Rob. It was at this point that a third MLT800 was purchased for room number three, which was delivered and installed in time to cope with the increased demand.

With three maturation rooms in high demand, Fairfax London has been able to significantly increase production and bring onboard additional clients that they wouldn’t have previously had the capacity to work with.

By combining the right product, with the right facility, temperature and relative humidity levels, Fairfax London is able to be a leader in this product category. The maturation rooms have helped them become an Agriculture and Horticulture Development Board (AHDB) Top Tier supplier of premium dry-aged beef.

“We specialise in dry-aged beef, and with Munters dehumidifiers we can do this confidently. Product stored in the maturation rooms always comes out perfectly,” says Rob.

The company hopes to expand their maturation facility into other parts of the UK and for that “we will only have Munters units, nothing else.”

For the full story, visit munters.com