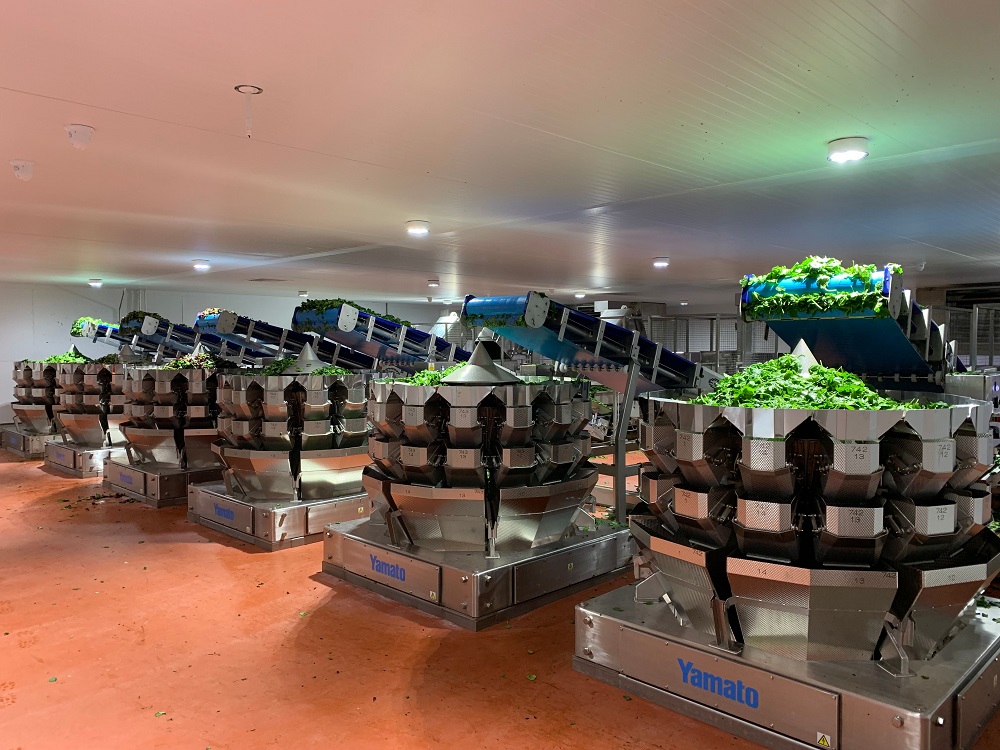 Due to a continued rise in demand for its fresh bagged salads Natures Way has continued to invest and, in particular, to extend its factory in Selsey with the installation of 15 new production lines – nine in 2018 and another six in 2021.

The Selsey-based salad facility now has a total of 25 production lines, 23 of which use Yamato multihead weighers and 25 with Yamato checkweigher/metal detection combi systems. The six existing G-Series are being replaced with new I Series in June 2021.

The equipment, which was commissioned in January 2021, will help Natures Way grow its capacity and reputation as a specialist supplier of bagged salads, leafy salad bowls, and food-to-go products.