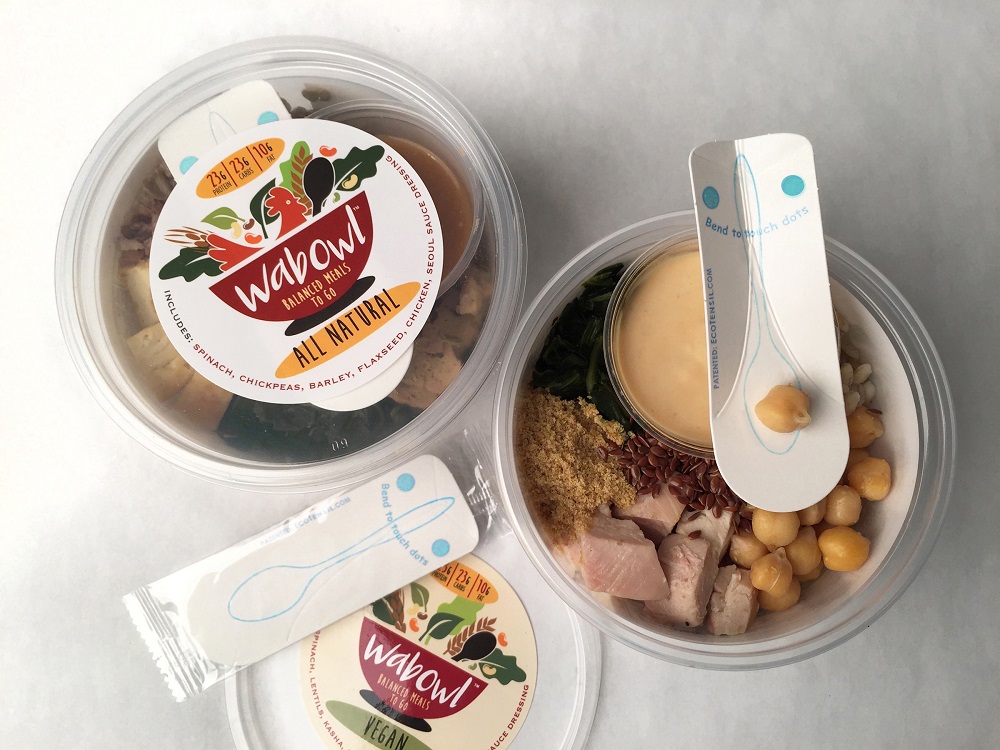 EcoTensil’s patented and award winning paperboard utensils are well known and loved in North America. Since 2010, the company has sold hundreds of millions of units globally, including to some of Europe’s largest food manufacturers and retailers.

They are doing so, in part, because it works seamlessly with many existing packages and processes and has a more positive impact on the taste of food than wooden cutlery.

“EcoTensil products have always set the standard for the greenest utensils available, and now we are excited to take that to the next level with our new, longer lasting AquaDot range. This line is a perfect, easy, versatile and cost-effective replacement for plastic utensils on just about any food package,” says EcoTensil founder and CEO Peggy Cross.

“The work Europe is doing to reduce single-use plastic sets a great example for the world, and EcoTensil is very pleased to support companies in meeting their plastic reduction goals with our wonderfully simple folding paper ‘multi-tensils’.” 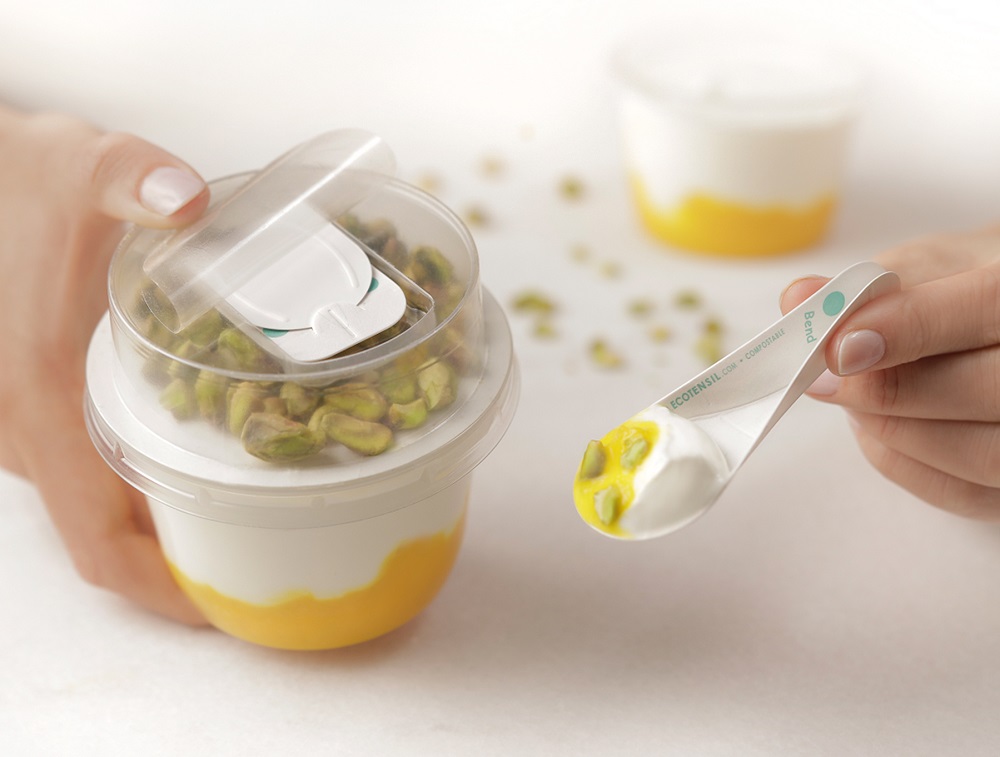 “In this time of zero waste movements, Hilcona would like to continuously offer its customers sustainable strategies to avoid waste,” says Hilcona Project Lead Barbara Held in their recent press release.

“We want to take responsibility and actively protect our natural environment. This is why we have scrutinized our Hilcona To-Go packaging concept and have decided to abandon the existing disposable plastic cutlery. Using the [EcoTensil] prevents around 3.5 metric tons of plastic waste per year.”

The paperboard used to make EcoTensil AquaDot and GreenDot lines is similar to the material used to make coffee cups, but without any plastic. With one simple “bend to touch dots™” fold, the compact EcoTensil becomes a sturdy scoop.

Like all EcoTensil cutlery, the new AquaDot line offers a pleasing sensory experience that complements the food. It is significantly smoother than dry wooden cutlery which can detract from the flavour experience of the food.

“We have spent the last decade perfecting the silky mouth feel, smooth edges, structural strength and overall pleasing nature of all our utensils,” says Peggy Cross.

“Our customers love them – they have worked hard to perfect the flavours and textures of their products, but the texture of wooden utensils can negatively impact the taste experience of their lovely foods. EcoTensil offers a terrific, smooth alternative.”

EcoTensil’s AquaDot range of multi-functional utensils is plastic-free, recyclable and compostable, and is made from certified sustainably forested material. EcoTensil cutlery also uses up to 80% less material than most other single-use cutlery made from plastic, bio-plastic or wood.

In addition to foodservice and sampling applications, the EcoTensil team has designed numerous products specifically for single-serve packaging. 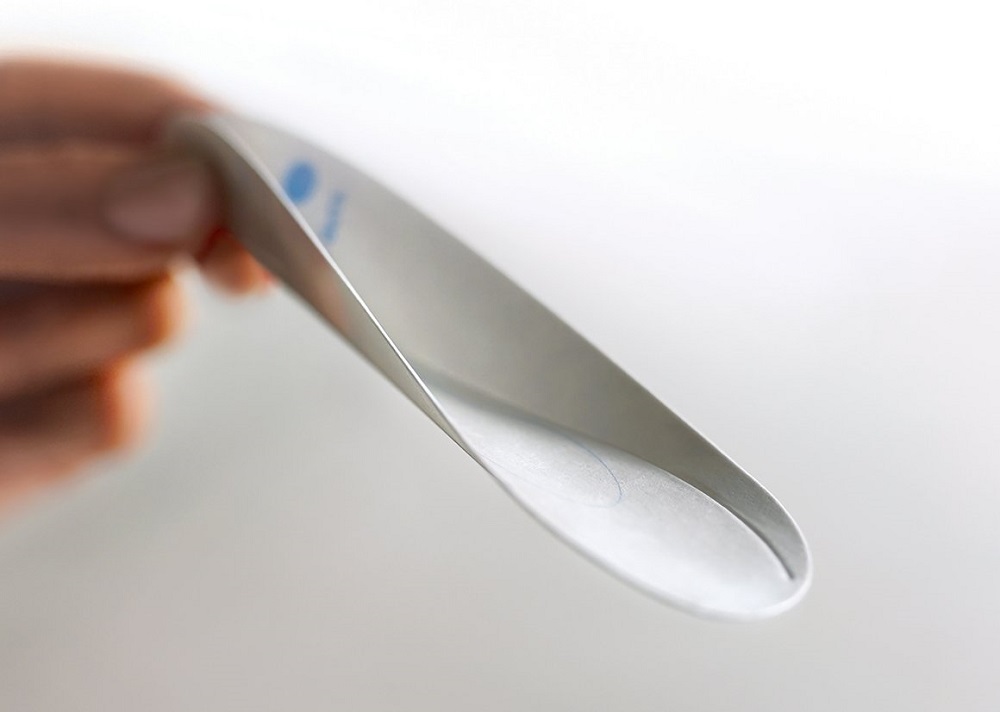 Drawing on its decades of packaging expertise, EcoTensil supplies its utensils formatted ready to be easily fitted into customers’ existing packaging, wrapped, or customised as needed. Unlike wooden cutlery, EcoTensil utensils are available folded, so they can directly replace folded plastic utensils on existing packs, potentially saving re-tooling and equipment costs.

“We are key suppliers to some of the world’s largest and most sophisticated fresh food retail brands. Our purpose is to use delightful and distinctive packaging design as a means to drive sustainable behaviours.

“EcoSpoons are the perfect alternative to disposable plastic spoons and have been immediately embraced by consumers, who have previously used plastic utensils.

“The plastic-free, recyclable, EcoSpoon is certainly the most sustainable cutlery on the global market today, being fully compliant with the EU ban on single-use plastic cutlery in 2021.”

As brand owners and suppliers seek to remove single-use plastics, while enhancing the consumer experience, EcoTensil’s AquaDot range of paperboard cutlery represents a game-changing breakthrough which delivers on many levels from a more pleasing taste experience and manufacturing practicality to environmental sustainability.