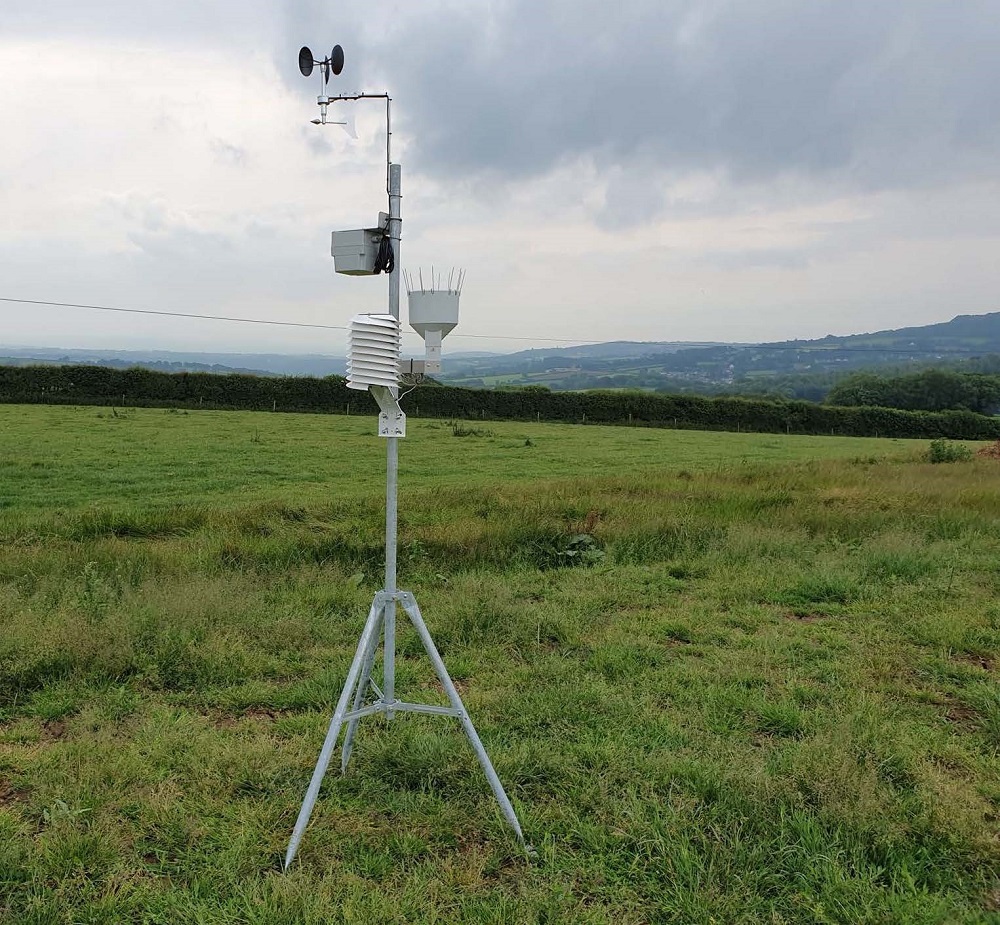 Glas Data has created a platform on which farmers can use smart technology to monitor livestock, housing and crop growth simultaneously to improve decision-making.

Glas Data has been working alongside Ver Facil, which has adapted about 60 sensor devices for use in agriculture, as part of a research project supported by grants, research and graduates through Agri-Tech Cornwall.

“We’ve been working on it for three years and the technology is really catching up now,” says Colin Phillipson, co-founder of Glas Data. “We’re simplifying it, bringing all of the data into one place so that farmers can view it.”

These sensors use LoRaWAN (long range, low power) technology, which means they can be deployed around the farm without 4G or 5G connectivity or heavy batteries.

“LoRaWAN is ideal for large areas – you just need one antenna on the farm, and batteries will last between three and 10 years without being replaced,” said Rob Cartwright, founder of Ver Facil.

The sensors measure everything from housing environments to bulk milk tank temperature, and can even be used inside a cow’s rumen in the form of the Moonsyst Smart bolus, which monitors temperature, pH and activity even when the cow is out in the field.

To demonstrate the value of these sensors and data platform, Ver Facil has installed them in Duchy College’s Future Farm, a research facility which will house 200 dairy cows and signpost the way for producers to improve technology, efficiencies and welfare.

The Moonsyst Smart rumen bolus is able to predict a cow’s heat cycle, while also monitoring for lame or sick cows, and those which are about to calve.

“By monitoring the cows, the pasture they graze, their water intake and indoor environmental conditions we aim to improve milk yield and cow welfare.”

In addition, the project will install two extra antennae to test the ability to triangulate the cows’ location – enabling the mapping of milk yield against grazing – and will monitor electric fencing and water pipes for supply outages.

“We can provide virtual meter readings via a smartphone and are looking to develop the means to automatically detect major water leaks.”

The firm is also working with Lynher Dairies to reduce water use and better manage waste water produced from the cheese-making process.

“They have to pay for their water and pay to get the waste taken away, so it’s a double saving,” said Mr Cartwright. “In addition, we installed temperature sensors in their freezers – which are housed in shipping containers.

“Most other wireless technology won’t go through the steel, but one Sunday they got an alert that the cooling had failed – they managed to fix it before they lost an entire year’s worth of stock ingredients.”

Temperature and humidity sensors in the cheese maturation stores will also enable the firm to better understand the cheese characteristics based on their storage environment.

Another project, in conjunction with Rothamsted Research, is using sensors – including Sensoterra soil moisture and soil temperature monitors – to optimise strip grazing, while an egg production trial will see six environmental sensors installed in a chicken shed to demonstrate how the data can be used to improve welfare and production.

“With 60 different sensors – and more in development – farmers can collect a lot of useful data,” said Mr Cartwright.

“But that would be of no use without the means to visualise, store and analyse that information and this is where Glas Data provides such a unique service.

“The dashboard has been specifically designed to map and visualise farm information from many data streams, including milk records and other sources.

“At last the real barrier to using data to boost profits has been removed, opening the door to future farming, today.”

A 20-strong cross-party group of MPs will today call on the Prime Minister to back an all-in deposit return scheme for drinks containers. MPs from...
Read more
Packaging

Future Food-Tech summit to bring experts together virtually next month

Next month, C-Suite food brand executives, investors and entrepreneurs from all four corners of the globe will come together for the virtual Future Food-Tech...
Read more
NPD

Diageo, maker of Johnnie Walker, Smirnoff and Guinness, has achieved its 2020 Sustainability and Responsibility Goals. Originally set in 2008, and refreshed in 2015, the...
Read more

A 20-strong cross-party group of MPs will today call on the Prime Minister to back an all-in deposit return scheme for drinks containers. MPs from...
Read more
Packaging

Future Food-Tech summit to bring experts together virtually next month

Next month, C-Suite food brand executives, investors and entrepreneurs from all four corners of the globe will come together for the virtual Future Food-Tech...
Read more