Exports from Ireland’s food, drink and horticulture industry have reached €13 billion for the first time, growing 67% since 2010, a report from Bord Bia has revealed.

The record export performance for 2019, compared with €12.1 billion in the previous year, is the highest level in Bord Bia’s twenty-five-year history.

“A diversified approach to increasing our reach within the global marketplace has yielded record levels of growth with a strong performance recorded across most sectors and categories,” said Michael Creed, Minister for Agriculture, Food and the Marine.

“That said, we face into a global trading environment in 2020 which continues to be marked by volatility and political uncertainty.

“My department will continue to work with Bord Bia to support Ireland’s largest indigenous industry as it faces into both the opportunities and challenges of 2020, a year which could be instrumental in defining the next decade for the sector.”

2019 marks the tenth consecutive year of positive export growth for Ireland’s food, drink and horticulture sector with exports up 67%, or the equivalent of €5.6bn.

“This decade of consistent and significant growth points to the resilience and innovation that underpins Ireland’s largest indigenous sector,” said Tara McCarthy, CEO of Bord Bia.

“Nearly 48% of that growth – €2.5 billion – came from exports to places outside of the EU and demonstrates the importance of continually looking to new horizons in Ireland’s market diversification strategy for our world class food and drink produce.

“This decade has seen almost €3 billion more worth of dairy leaving Ireland’s shores while Irish whiskey also saw a significant 370% increase in its global export footprint.”

Maintaining its position as a pillar of Irish food and drink exports, Ireland’s dairy sector grew in value by 11% in 2019 to €4.4 billion. Despite weakening commodity prices, particularly in key categories like butter, 2019 represented the third consecutive year in which the value of exports exceeded €4 billion.

Reaching a value of €1.2 billion, butter remained the category leader in 2019. Increasing diversification proved fruitful for Irish cheese exporters, with an overall increase of 22% in exports derived from strong performance in continental Europe, as well as in the UK, which remains Ireland’s primary market for cheese exports.

2019 represented a mixed year for Ireland’s second pillar of exports – meat and livestock – recording a 1% decrease in value to €3.9bn. The decrease was driven by a challenging year for beef and sheepmeat while there were very strong category performance across both poultry and pigmeat.

Beef production fell by 3% in throughput, which was somewhat offset by a 1.5% increase in carcass weight, the result of better grazing conditions in 2019. Weakened demand for beef in the UK market contributed to a continuing tightening of Irish beef prices and an overall market decline of 7%, with the UK beef market now worth €990m to Ireland.

Exports of sheepmeat were down 7% to €294 million, due to a combination of weakening demand and supply challenges.

As a result of extremely strong demand globally, pigmeat prices were up significantly through 2019. Irish pigmeat export values approached €1bn for the first time – FY2019 value is estimated at €941 million. China’s increasing import need in pigmeat as a result of the reduction of its own domestic herd was the key driver of this price increase.

On the back of a successful diversification effort across the UK, the rest of the EU and South Africa, Irish poultry producers delivered another year of export growth, increasing by 5% to €306 millio.

Spearheaded by strong growth in Irish whiskey, Irish alcohol exports increased by 8% to €1.45 billion in 2019. The cream liqueur sector held firm with overall export sales of 7.9million cases, this is despite the challenges of US tariffs on EU dairy, coupled with increased pressure from domestic suppliers in Canada impacting the North American market.

High demand and stocking-forward in the UK resulted in strong performance for cider producers in 2019, whilst beer production enjoyed 1% growth with strengthening demand in continental Europe.

Led by Asian demand for high value products, seafood exports grew by 6% in 2019. This growth was delivered despite difficult trading circumstances marked in particular by reduced quotas and Brexit. Across the sector, Irish exports of seafood are now worth €605 million, though growth by category was mixed in 2019. Oyster producers, for example, saw growth in the UK and the rest of Europe while producers of Irish brown crab were impacted by falling Chinese demand.

Irish exports of prepared consumer foods and prepared foods – two interrelated categories that collectively capture the broad range of value added foods that are manufactured in Ireland– returned to growth in 2019 following a challenging 2018.  Exports from the Prepared Foods sector increased by 12% to €2.32 billion.

Exports of Prepared Consumer Foods increased by 2% to €2.66 billion, with the UK accounting for 67% of these exports. Despite the uncertainty around Brexit, exports of prepared consumer foods to the UK rose by 1% in 2019. Opportunities in the private label sector and growth in the enriched powders category have proven to be key engines of growth for the sector. 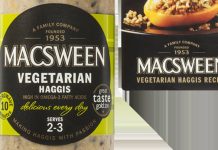 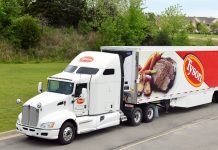 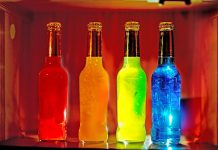 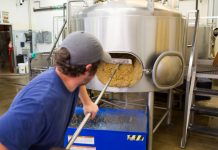 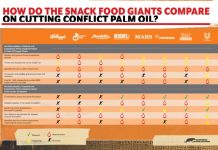 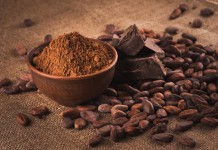 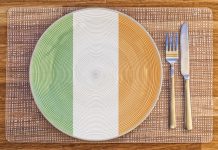